I have been to Delhi many times, and not once did I visit The Select City Walk Mall.  For those of you that know me well, you know that I try to avoid malls and prefer local markets where I can get the feel of being in India!  Well, I never knew what I was missing…until this trip.  On the third floor of this mall, I saw a restaurant called Punjab Grill.  Hmmm, I thought to myself, I reviewed a Punjab Grill earlier this year in Abu Dhabi…could this be the same one?  As I approached, I noticed the logo was the same…I was getting excited in hopes that it would be the same type of restaurant that I sooooo enjoyed in Abu Dhabi.

Upon approaching, I noticed the restaurant was nice but was not too big.  I thought… that there is no way this can be the fine dining I enjoyed in Abu Dhabi, so I ended up asking…and to my surprise, it was the same chain!!  I had the privilege of meeting Chef Vineet Manocha who was kind enough to answer all my questions.  I asked him what sets you apart from the millions of other Indian restaurants in India…he said that they make it a point to satisfy their clients.  They happily work with custom orders, and if it is at all possible, they will do it for the client.  They do change their menu twice a year, but they have many loyal clients that prefer certain dishes, and Punjab Grill prides itself on being accommodating to all.

The staff was extremely courteous and very attentive.  They attended to us almost immediately and brought us 2 baskets of Papad…

I hadn’t even started to try these and was already impressed by the exquisite presentation .  The waiter kindly explain it all to us:

I tried all of them and they were fantastic, I especially liked the one with the green specks…that had a hit of methi (Fenugreek)  The papad were delicious just plain, but when accompanied by the wonderful dips, were just outstanding. Had to really stop myself from eating more as I was already beginning to fill up…before appetizers! 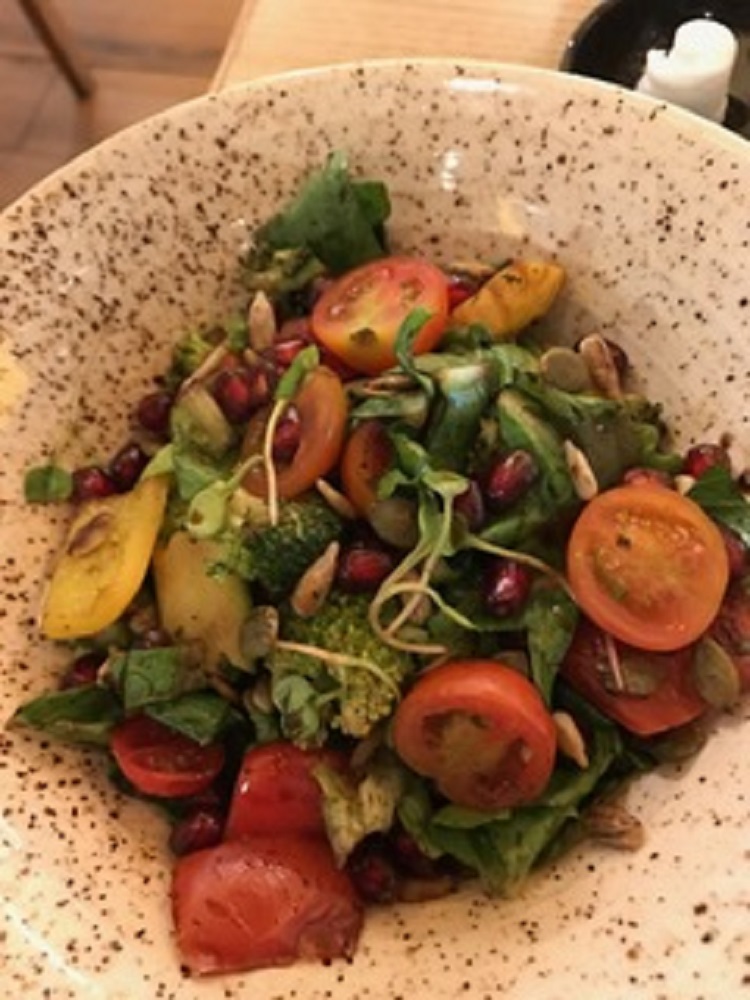 They were both really good, but I thought the pineapple one was exceptional.  I have never had pineapples spiced with Indian spices..it was like a sweet and spicy treat.

While everything was exceptional at this restaurant, I think the next course was one of my favorites!

We first tried the Tandoori Malai Broccoli.  This was an interesting and tasty dish.  If you have ever had a broccoli and cheese bake, this dish was similar.  Each bite was flavorful and creamy…while the broccoli was crispy because it was cooked in the tandoor (clay oven) 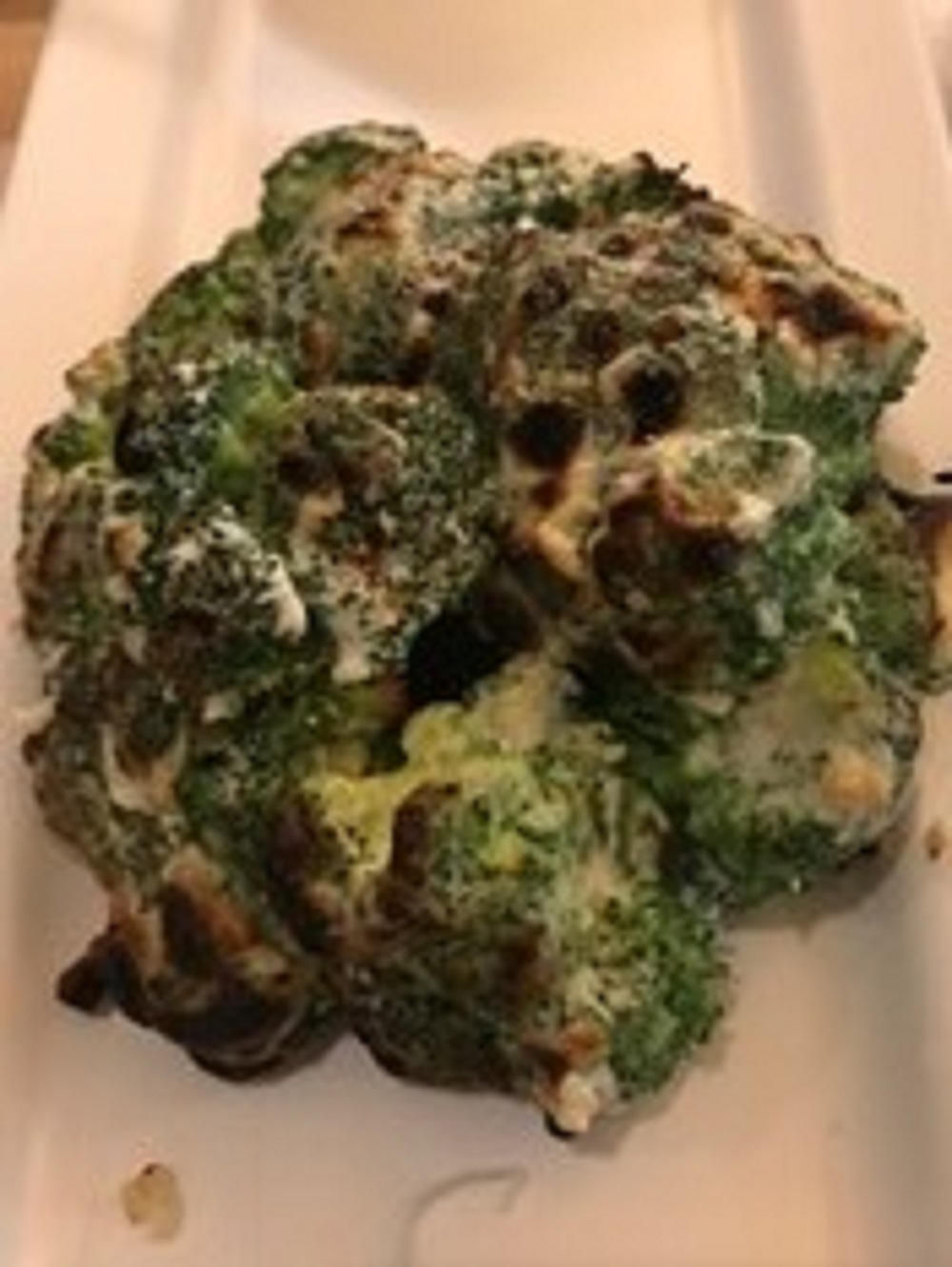 The dish that was my favorite was the one shown below…Dahi De Kebab.  This kebab is quite different from most, because it has a unique texture, which is crisp on the outside, and soft and creamy on the inside.  This is a MUST HAVE.

Also had the Bharwaan Khumb Peshawari which was something I hadn’t had before…it was stuffed mushrooms on a skewer…it was served with green and red peppers and looked good as well as tasted wonderful. 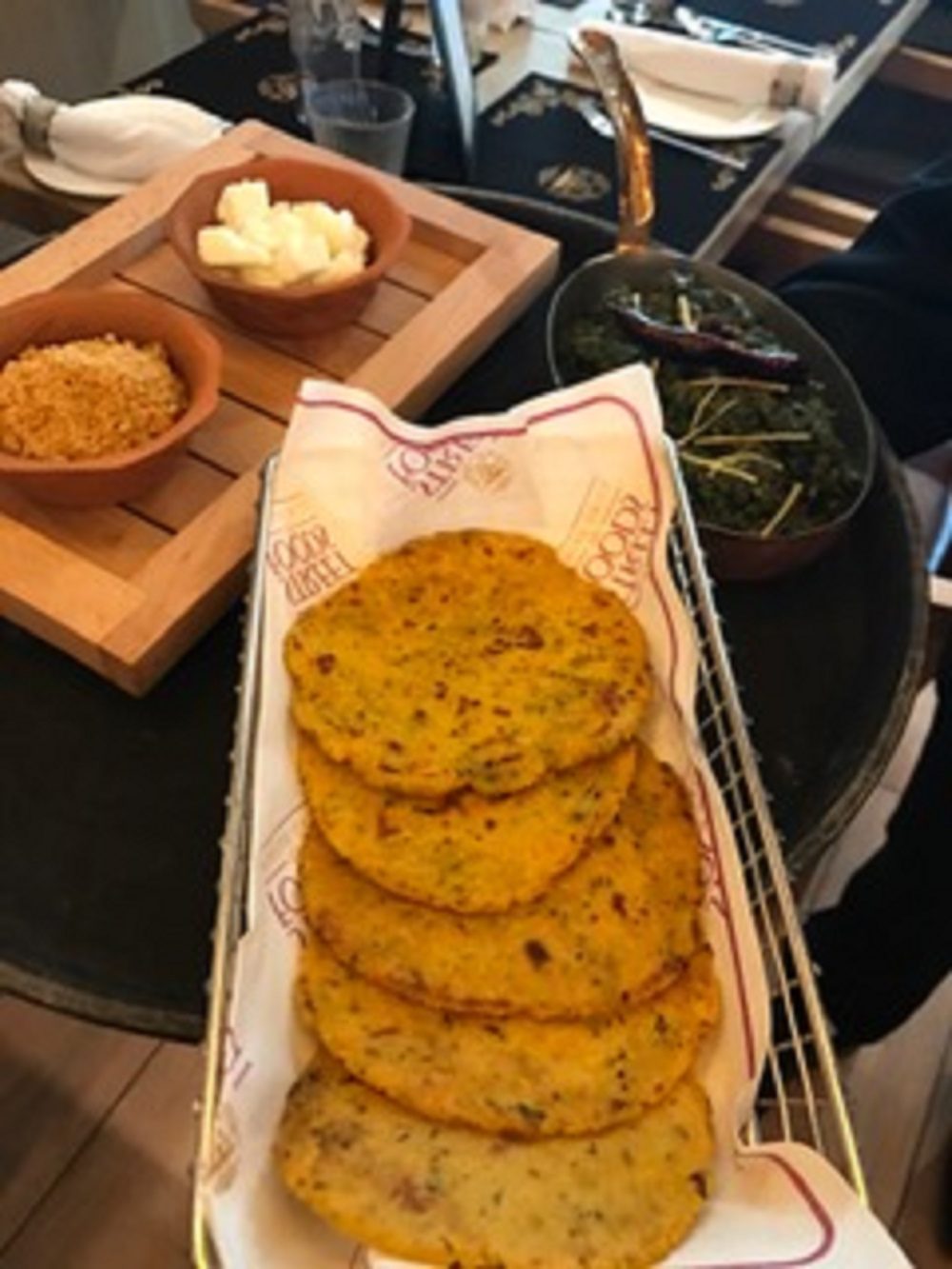 And of course, one of the favorites at Indian restaurants is Daal Makhani…which was called Dal Punjab Grill.  Now for this dish, the chef insisted that we have a taste right when it came from the kitchen because the taste is the best when it is hot.  The butter you see on the top was the touch that put this dish over the top!  After all the food we had tasted so far, I kept trying to eat this daal because it was really made well. 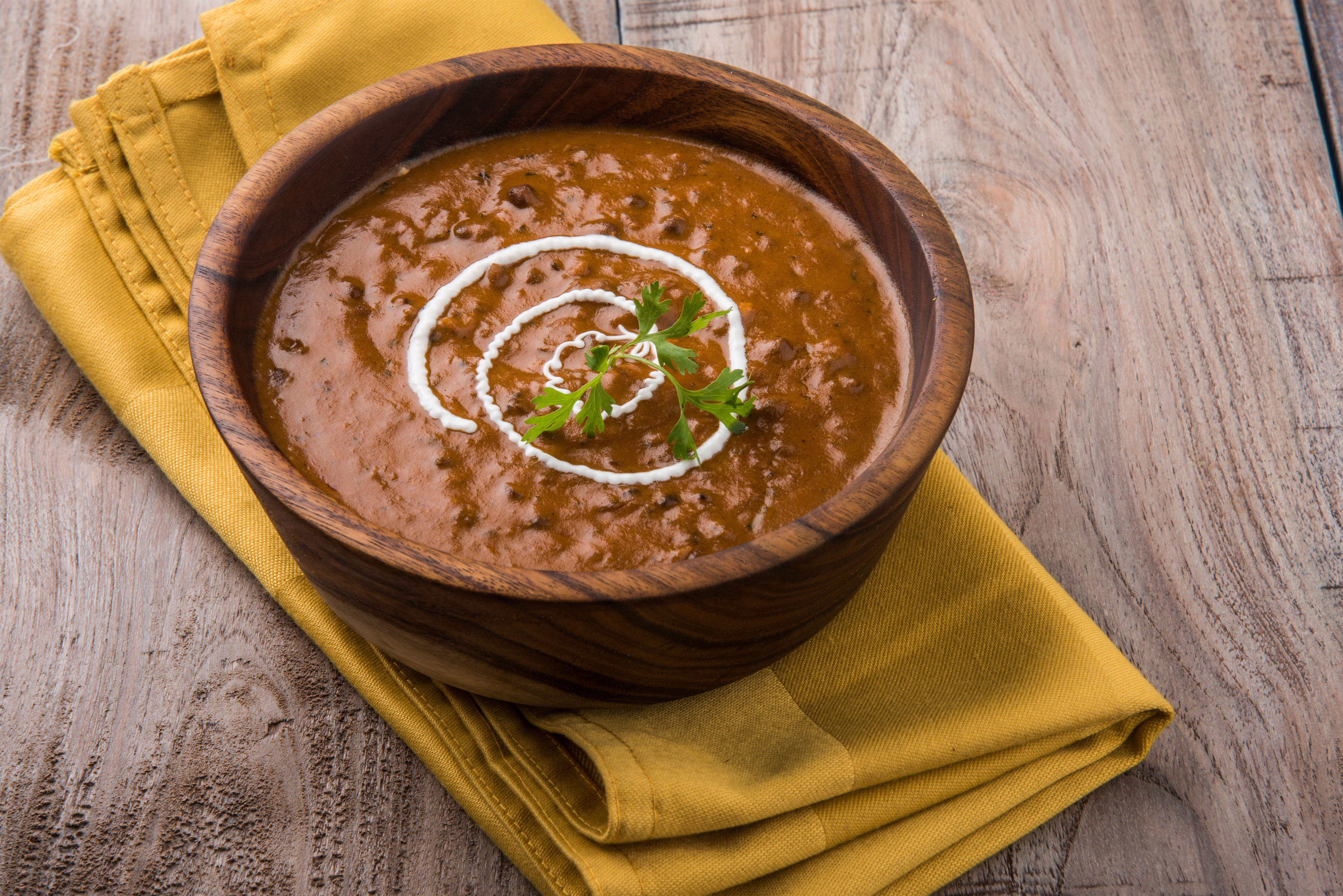 Then we tried the Martaban De charra Aloo…is one of those dishes that makes the delight of baby potatoes come alive.

The selection of fresh breads, Naan/Laccha Pratha/Tandoori Roti are definitely worth a mention.  They were so tasty that one could even have them without anything else! 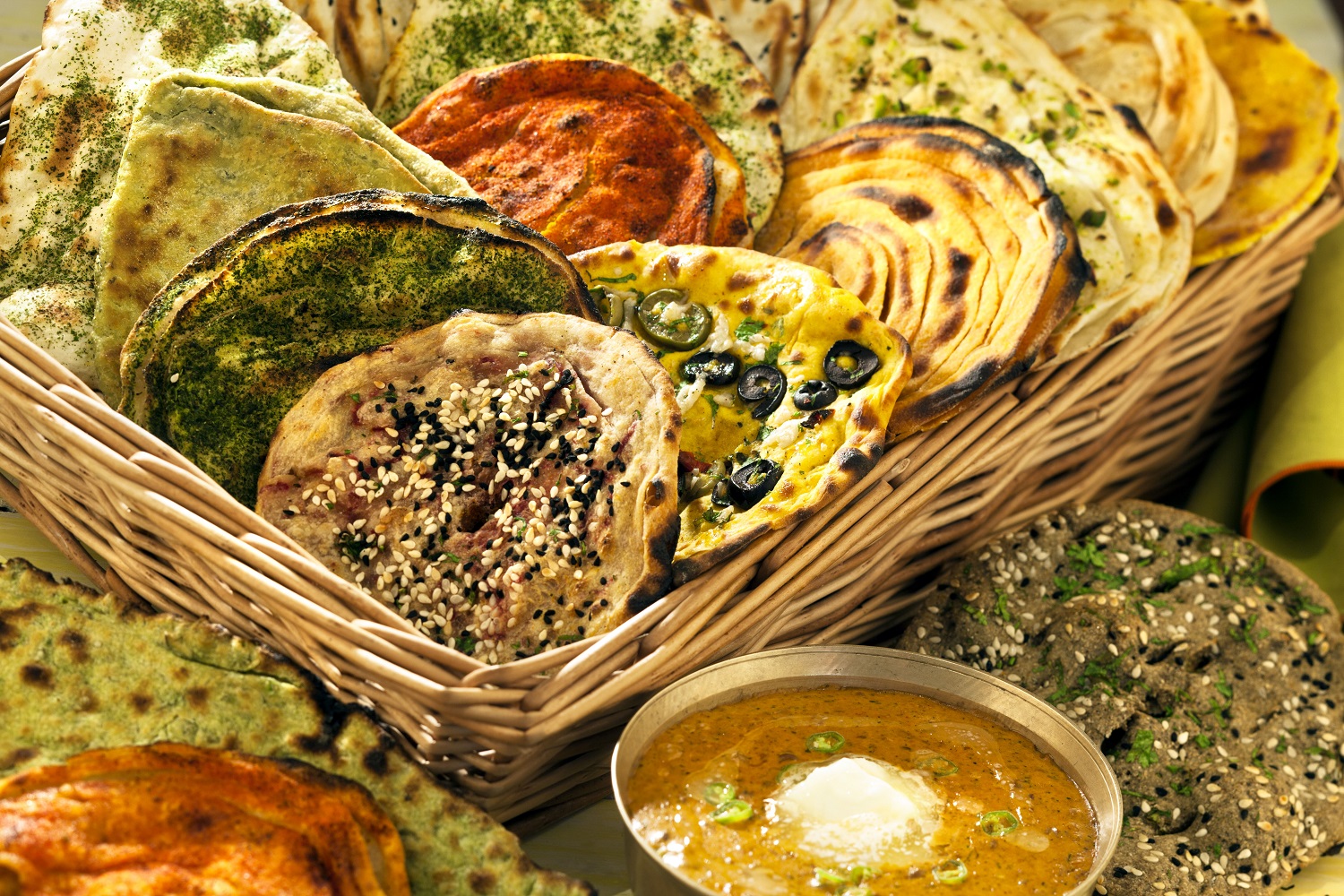 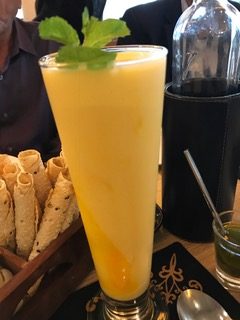 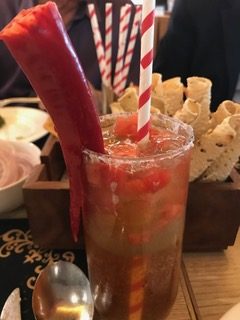 Then came the desserts!  After being so satisfied and full with the meal, I almost said no to desserts….what a mistake that would have been!!  We shared 2 desserts…Litchi Ki Tehri and Gud Ka Halwa.  To my surprise, neither of them were over the top sweet.  The Litchi one was light and fruity while the Gud Ka Halva was rich and flavorful.  As they say,  a meal is incomplete without a sweet dish at the end…I would definitely suggest saving room for the delectable desserts at Punjab Grill! 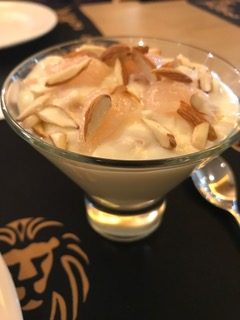 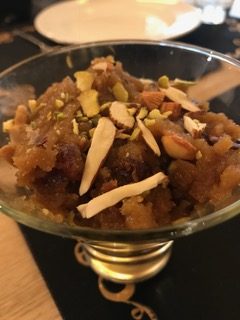 We had a wonderful experience overall.  I must say that the quantity and quality of food is excellent.  If you are looking for an amazing place for an authentic North Indian meal, Punjab Grill is the right place for you.

Now for all my readers in the Washington DC/Maryland/Virginia areas, wanted to share some exciting news…Punjab Grill is coming to DC in the Spring of 2018.  MySavvyTravel will be there for the opening and provide you a thorough review…check back for updates! 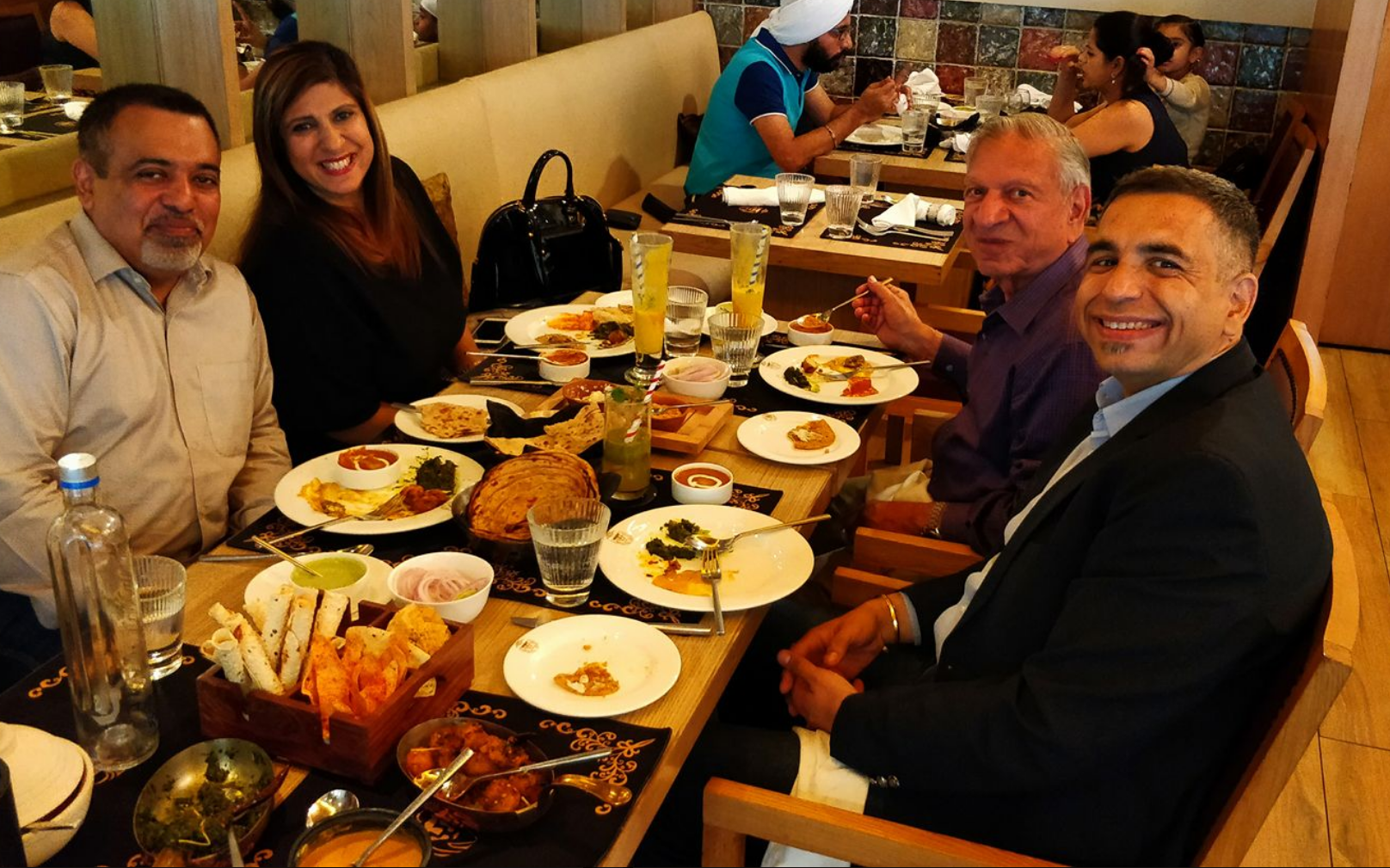 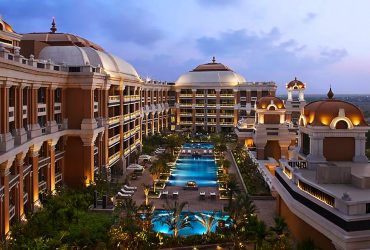